§0. When I talk about climate change, many people ask me: “But what can I do in my daily life?” My answer is: become a political activist in your daily life. Organize collective action against climate criminals. This is not only more fun, it is also more effective. And by more effective, I mean by faaaaar more effective.

§1. In May 2016, a series of mass actions against the fossil fuel industry took place around the world under the umbrella slogan Break Free from Fossil Fuels. In six continents, more than 30 000 activists participated in 20 actions of civil disobedience in key spots, blocking mines, ports, coal plants, fracking sites and many more.

One highlight action was in Germany: Ende Gelände in Lusatia.

I don’t think people understand what that action means for consumer-based individualist proposals.

§2. Here is the fact: In Lusatia, 3500 activists from all around Europe blocked one of the biggest coal mines in Europe for several days, physically obstructing 24 547 tonnes of carbon dioxide emissions.

This is around 7 tonnes per person.

§3. Put this into perspective: The average annual greenhouse gas emissions in Germany are around 12 tonnes per capita. In a whole year, an average German person emits the equivalent to 12 tonnes of CO2. (Because we also emit methane, nitrous oxide etc, we use equivalents in terms of global warming potential.) This number would of course be much less if one doesn’t have a car, uses bicycles, eats vegetarian or vegan food, repairs her/his clothes instead of buying new ones, buys local etc.

In Portugal, that value is 7 tonnes.

So, you live in Portugal. Let’s say you are an average person. You have three ecologically sound options:

A) You can consume less.

§4. The sustainable levels for emissions worldwide is 2 tonnes per person, annually. So if you are average, you must cut every five items out of seven you have been consuming, be it food, transport, heating, laptops, housing or any other item.

§5. If you are a Franciscan ecologist, maybe you i) share your house with three people, ii) never use heating, iii) use electricity only for basic needs, iv) never travel between cities, v) use public transport and only for going to work, vi) never eat meat, vii) only eat local and seasonal food, viii) buy new clothes only when it is absolutely necessary, ix) avoid packaging, and x) go to cinema very rarely. Then, your emissions would be 3.4 tonnes per year. [1]

So you can only cut by half because the socio-economic system has embedded emissions over which you don’t have a choice as a consumer.

But the sustainable levels are 2 tonnes! Hence the second option:

B) You can commit suicide.

§6. This would put your emissions to zero.

§7. But world emissions would continue. So when you commit suicide and you meet your ecological god, he or she or it or they would send you to ecological hell (to be burned as zero-emission bio-fuel for heating the ecological paradise) because you didn’t convince other people to commit suicide with you.

Portugal needs to cut domestic emissions by 57% in 15 years. So you would have to convince more than half of the population to massive collective suicide in 15 years. If this sounds unreasonable, go to the next option:

C) You can participate in direct actions.

§8. You can spend only three days in a year for escalated action against the fossil fuel industry. If you are an average Portuguese person and you participated in Ende Gelände, your annual emissions this year are: ZERO!

If you have been careful with your lifestyle choices too, maybe you had negative emissions! 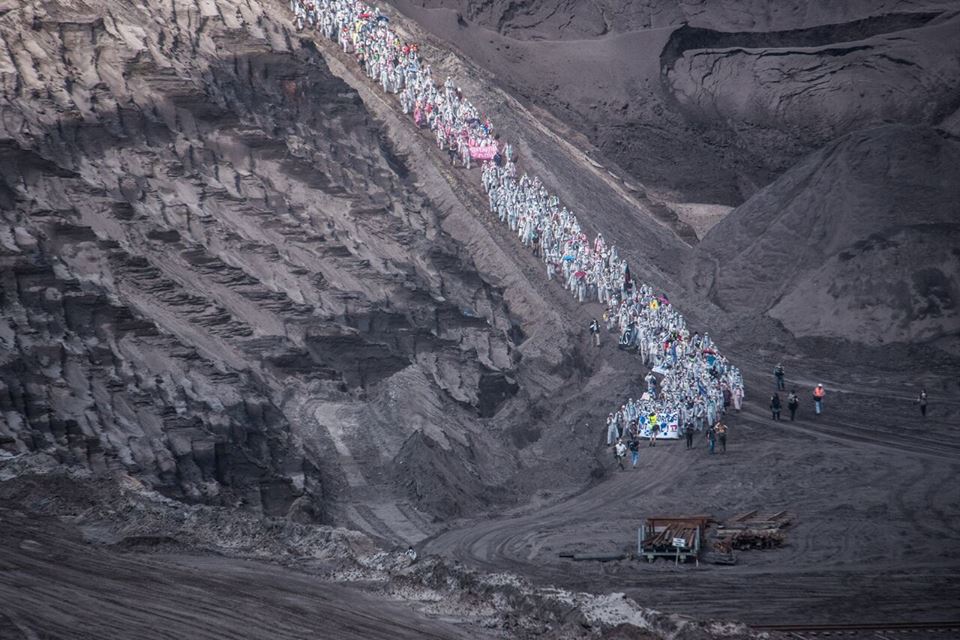 §9. By the way, if you liked the spirit of being on the right side of history, if the feelings of solidarity and unity made you happier, then you can do more than one action – maybe in smaller scales.

What it all means

§10. Of course, this is not to underestimate the efforts involved in organizing, preparing and spreading an action of this kind. Many buses arrived to Lusatia from almost all Europe. There were trainings. There was an action camp. There was a hell lot of kitchen work for legal and medical support. You can help in all these so that next time we come together, we are bigger, stronger, bolder. And all kinds of support are needed, not only in Germany but also in other campaigns that participated in Break Free. A 3-day action doesn’t just happen, it involves hundreds of people preparing it for months.

§11. This is also not to overestimate single acts. Break Free actions were part of larger local campaigns that use various tactics to stop these polluting projects, from direct communication to public information events, from street stands to creative actions. You can help with all these, and who knows maybe with such diverse campaigns we could even bankrupt the largest private-owned coal company. Wait, that already happened last April! Anyway, the biggest corporations in the world still work in the fossil fuel industry, and we still have a long way to go. 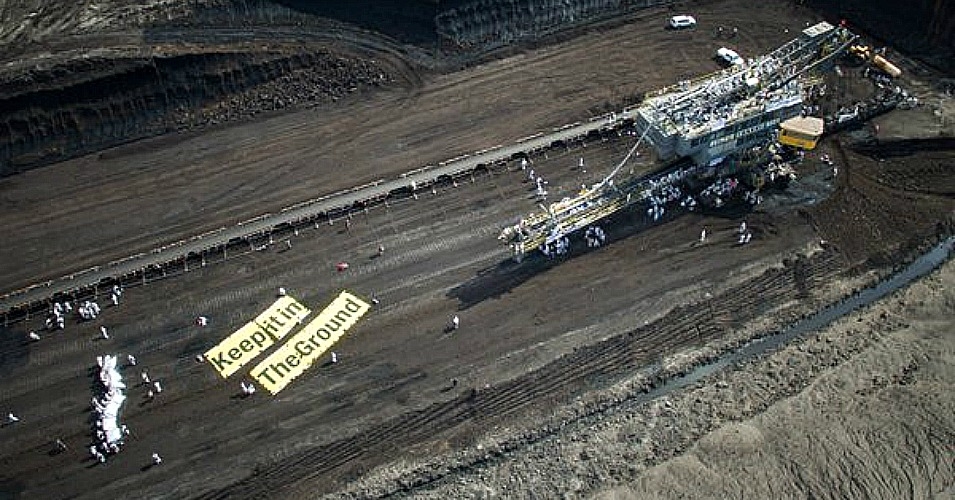 §12. Also, climate justice is not only about emission cuts. It’s also about housing, racism, food sovereignty, corporate power-ups such as free trade agreements, and maybe most importantly it’s about peace. I am sure you can find what annoys you the most, and take action in that area. All of these struggles add up for climate justice.

From a conformist perspective; if you want to restrict your political understanding to your individual sphere, you have little chance of becoming sustainable even if you try hard every single day; if you cannot be bothered to act, get your ass off the sofa for a few days a year for civil disobedience, and you’ll make a big difference.

From a non-conformist perspective, all actions are welcome, but be sure to prioritize collective political action over individualist frames because they are by faaaaaar more effective.

§14. There is at least one group in Lisbon keen on following the effective path to climate justice. (Hint hint! Its first letter is C. Also, it is not the Calouste Gulbenkian Foundation.)

Join in, give a hand to existing projects, bring new ideas, be part of this historical opportunity to change everything, before climate does so.

[1] There are many ways of calculating your carbon footprint. I use http://www.carbonfootprint.com/ but you can duck-duck-go another online calculator if you’d like to verify these numbers.